John Worden, a trial lawyer and partner at Schiff Hardin, donated his kidney to a stranger in November after witnessing his wife’s life-saving donation of her kidney to a friend of their daughter. 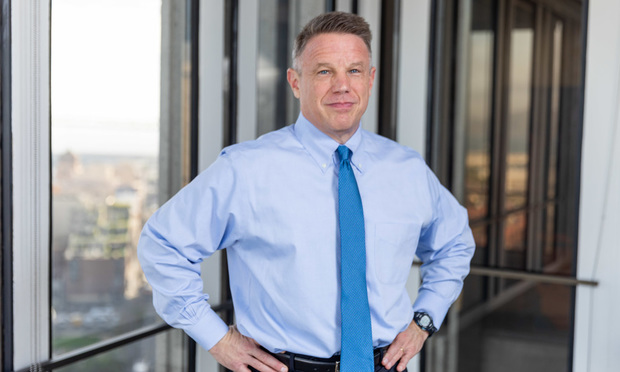 John Worden, a trial lawyer and partner at Schiff Hardin, donated his kidney to a stranger in November after witnessing his wife’s life-saving donation of her kidney to a friend of their daughter.

“Our daughter’s friend before she got the kidney, she looked like she was really sick,” Worden aid. “Now she just looks different. Feels differently.”
After learning about the process, Worden entered himself as part of a “chain”—people willing to donate who don’t match the person they know who is seeking a kidney. Worden ultimately donated his kidney Nov. 9 to a California resident he’d never met. And he explained that as part of the chain his recipient’s brother-in-law ended up donating his kidney to someone else.
“Until this happened, I was under the impression that people need two kidneys. Most people don’t need two kidneys if they are healthy,” Worden said. “I realized that if I can do it, a lot of people can do it.”
Worden said his firm has been supportive through the whole process as he recovers. He joined Schiff Hardin’s San Francisco office in 2007 after the Chicago-based firm merged with his former firm, Morgenstein & Jubelirer. Worden started with Morgenstein & Jubelirer in 1989 and previously served a stint as its managing partner.
Worden estimates that he’s tried about 50 cases for plaintiffs and defendants in state and federal courts during his career. He has no trial scheduled until January. Since the surgery, he has been mostly working from home.

“Most lawyers can [donate] because lawyers can work remotely,” said Worden, urging his fellow attorneys to sign up as donors.

Worden said the most challenging part of the process has been the recovery stage. Prior to the surgery, Worden used to compete in a number sports, including soccer and basketball. He is also a black belt kung fu instructor, who has won multiple golds at the National Kung Fu Championships in Baltimore. Worden has to put those physical activities on hold until he is fully recovered.
“My six-pack is now a bulbous one-pack,” Worden said.
Despite the pain and recovery process, Worden said he has only one regret: “I wish I had done it sooner.” He encourages more people to consider this life-saving gift.
“I would just encourage people to get tested,” he said. “If more people get tested, then sharing my story would have been worth it.”


Article from The Recorder at https://www.law.com/therecorder/2018/12/21/a-san-francisco-trial-lawyer-gives-a-life-saving-gift/.